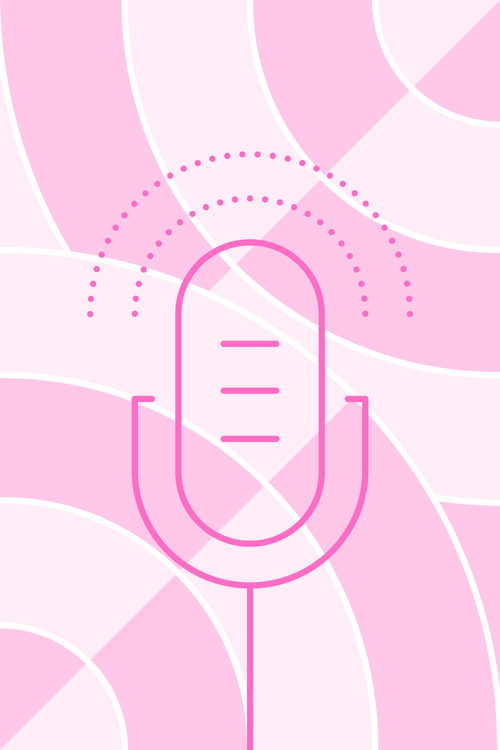 What podcasts should you be gulping down to improve your design skills? Why should you roam off the beaten path to find hidden gems? What can a niche aviation disaster podcast teach you about creativity?

I don't need to crawl into the ASDA and have 27 olive oils to choose from. It’s too many. Bring me a manager, Karen.

The paradox of choice is real. And you know what’s twisting my turnips? Podcasts.

There are five that have actively helped me to do my job. These can stay. For now.

This isn't for you if you're looking for obvious design podcasts. Google 'best design podcasts 2022', and you'll find 15 articles all with the same titles on the list:

These are all excellent podcasts. No shade here. But I’ve got five that lie off the beaten path.

And I'm not gonna just flap my gums about how good they are. I'll point you in the direction of two episodes that slap. A slap on each cheek. These will be purely my own selfish preferences, but they'll also give you an idea of where you can start.

They are certified by me. Is that worth anything? Probably not, but shut up a minute and let’s dig in.

If you've never tapped into this boy, it's a hidden gem.

Hosted by Ash Thorpe, The Collective Podcast is now 230 episodes deep. Each one generally follows the 'long-form interview with a random designer' format, naturally encouraging you to start with familiar names. Often the people I've never heard of are more interesting as I learn more, and some of the better episodes are about genres I have no idea about.

By 'long-form', I mean it isn't rare for an interview to flop over the 3-hour mark like a tired salmon.

I started listening waaaaaaaaaaaaay back in 2013 when I was cooler and had exceptionally good hair. But you don't need to be an O.G. - the older stuff is still plenty relevant so that you can revisit it often.

This is the first addition to the list that isn't your typical 'design' podcast.

Darknet Diaries is a beautiful anthology of weird stories centred around the 'dark side of the internet'. Read that last bit in a spooky voice. In simple terms, this means a lot of hacking, cybercrime and social engineering tales from across the world.

Design plays a significant part in many episodes, whether it be a design flaw that caused a vulnerability or somebody utilising design skills to fake their way into a situation.

For example, in the episode 'Jackpot', some clever Trevor spots a bug in how a video poker machine has been designed. In a 'not-so-clever Trevor' moment, he exploits it for all it is worth, and well, you'll have to listen to see how it all ended for him.

You probably aren't thinking about nosediving into the sea when you hop on a plane.

Listening to this podcast will change that. Sorry.

Black Box Down isn't a design podcast; it's an aviation accident podcast. But this is precisely why you should tune in.

Design flaws, system failures and operational oversights are fascinating to hear about and can serve as lessons you can implement in your design theory.

Of course, a mistake in your day job will rarely send 200 unfortunate folks hurtling through the crisp winter air towards certain death. But give it a listen; I've taken plenty of wisdom from these tales, and I'm sure you will too.

🔥
Episode 13 - Trying to land with no controls

I don't bump into many people that know about The Follow-Up, which is a real shame.

It's a paid-for design podcast which means it's a little bit further off the beaten track (right near the bushes and that tree that smells a bit of wee), but it's worth tracking down and shelling out some coins for.

You get access to it as part of a subscription to the Brand New blog, which is 20 dollarydoos a year (about £15). I'm planning to write an in-depth review of the Brand New subscription, but the gist is that it's worth the money for the podcast alone.

Each episode features one of the branding projects showcased on the blog and invites the people who worked on it to talk us through the brief, the story and the outcome. One of my favourite episodes, 'Squirrels', even brings the client on to talk about the project. It’s a fascinating listen.

No affiliations, but loosen up those purse strings and get signed up.

Having a solid general knowledge can be helpful for designers, especially when it comes to branding projects.

Many times in my career, a rough idea of what can be associated with a concept or a little known fact about a place, thing, or person has cracked a project wide open.

But how do we get this general knowledge? I'm not worldly, and I'm not particularly interesting.

So I have to cheat. And now you can too.

No such thing as a fish is one of the better general knowledge podcasts about. Each episode sees the team that produce Q.I. (who call themselves 'elves') turn up and present an interesting fact they learned that week.

It's a resource that only pays dividends if you keep returning to it. Still, there have been plenty of weird and wonderful things I've learned about that have been useful in projects, from the flower of Venus to Delaunay Triangulation.

I'm going to be 'that guy' and say there isn't a ‘best’ place to start. Just jump in whenever, wherever. Shakira style.

I generally take more value from less obvious design-related podcasts than I do from the usual suspects. Yes, I’m fully aware of how pretentious that is. “Oh, I steer against the mainstream sounds. My beautiful wrinkled brain needs rare noises”. Shut up, Dan. Idiot.

Of course, that isn't to say you should leave the popular ones alone; it just means you should expand your listening.

Take a chance on new stuff. Open your dirty ears. There are so many podcasts. Too many podcasts. But sniff around, and you can curate yourself a neat little list that can be used to fuel ideas.

If you've found this post inspiring, let me know in the comments below. What are your thoughts? Do you agree? Or do you disagree so loudly you want to poke a warm finger into my ear? Please don't do that.

For more inspiration stuff, click here, and for productivity stuff, click here. If you liked this piece, you'd probably be interested in this one about hidden gem Chrome extensions, so go there next.

Remember to check out the Brand New blog; I'll catch up with you in the next one.

What Dry January taught me about branding & design

5 things every designer should watch: Spring 2022 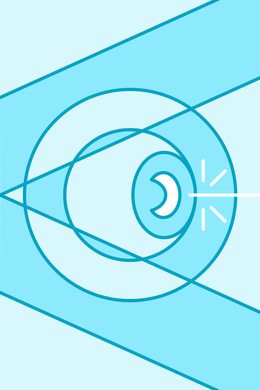 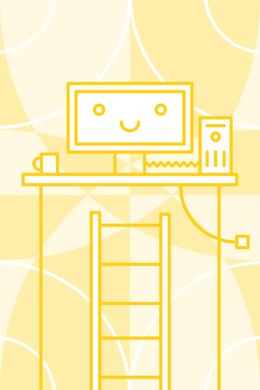