Brand New - a design blog worth paying for?

Do treasures lie beyond the paywall of the Brand New blog? What do you get for your money? Who is it aimed at? How exactly do we stop doomscrolling and staring at our breakfast? What is the point of it all?

Get out! Do it right now.

Stick your big creepy coat on, and don’t stop walking until you find four pence on the ground.

Do this every day for a year, and you, my friend, can afford to pay for the Brand New blog.

Brand New focuses on corporate brand identity projects, with a mix of in-depth exploration pieces and simple before/after comparisons. It is full to the brim with inspiration. The only catch? It sits behind a paywall.

$20 a year (about 15 shiny pounds) is reasonable for any service. You pay more than that for Netflix. The same goes for Spotify. Throw in your subscription to the Stephen Mulhern fan club, and you're chucking money into the Dudley no. 1 Canal.

But paying to access a blog is tricky, isn't it? Only dumb old idiots pay actual money to read a blog, right? Right?! I pay for Brand New, and I'm here to work out whether I'm a dumb old idiot or have a big wrinkled brain. Deep ridges like a Flame Grilled Steak flavour McCoy’s.

I respect your time, so my conclusion is: yes. If you're a designer or have any interest in branding whatsoever, Brand New is a fantastic resource that would be worth the dosh at triple the price.

But if you want to know why I am such a fan, sit down, take your big smelly coat off and let's have a closer look.

What skin do I have in the game?

This piece is a bit of an ode to Brand New and will likely read as though I have a crazed look in my eyes and I'm at your wedding even though I wasn't invited.

Do I have anything to gain? Nope. There are no affiliations in place; I just think it's a cracking resource that very few people I speak to know about.

So it's no money in my pocket, but I do have crazy eyes and a handbag full of wedding cake, so smile and nod along please.

Armin Vit and Bryony Gomez-Palacio are co-founders of UnderConsideration, a design firm based in Indiana.

In addition to their regular client work, they have published a number of blogs over the past 15 years. Some, such as the wonderfully niche 'Art of the Menu' wound down, but Brand New has been going strong since 2006.

It's technically a spin-off, beginning life as 'Speak Up', a general design blog that ran from 2002 to 2009. It quickly became apparent that there was space for an in-depth logo design forum-style publication. Brand New was carved out so as not to alienate the people who weren't there for the heated opinions of the readers.

In August 2020, Armin and Bryony moved Brand New to a subscription-based model at $20 per year or $2 per month. This was for one main reason: survival. The free to access blog had long surpassed 'hobby' territory, and the only other option was to add it to the list of cancelled UnderConsideration publications.

Two years later, much has been invested back into the site, with additional features added to improve functionality.

What do you get for your money?

So four pence a day. What does that buy you?

In a nutshell, you get:

I did a summer internship at a branding agency in the West Midlands between my second and third years at university. They had a giant bookcase in their library filled with copies of Creative Review. Hundreds of them, dating back to the early 90s. Over the three months I was there, I devoured them.

I’d get the train in early, like a weird little design nerd, and read one while eating my breakfast. Nowadays, I like to doomscroll mindlessly while I eat my breakfast and feel awful and frightened about the general state of the world. It’s the most important meal of the day don't you know.

Anyway, the back catalogue of Brand New takes me back to that time in my life - it really is a treasure chest.

This proposition sheet sums the content up well. Less than 2 cents a post. What more do you animals need? Are you not convinced?

Split between written posts and podcasts, the bulk of content generally falls into the following six themes:

Deep dive analysis into branding and visual identity projects. These tend to show before and after shots of the design work and explore how it is rolled out in the various mediums. An opinion is offered as to the effectiveness of the project, and readers cast their vote and provide comments.

A bitesize summary piece is offered when there are fewer images or less information than that listed above.

A visual comparison is offered without comment or any information for smaller stories. These simple pieces get uploaded multiple times per day and serve as a supplement to the main content.

The design world is small, and we tend to be interested in the goings-on in the profession. As you can probably guess, the news section sums this up and serves it hotter than a cacio e pepe.

'Where are they now' type pieces

These articles are always fascinating as they go back to a featured project a year or two later and check in to see how the brand is being used. This is particularly interesting to view as a designer, as we all have battle stories of our work being used and abused.

These are your typical 'inspiration' type blog posts. Each post focuses on a subject, such as icon sets, logo animations etc., and shows a bunch of really nice examples.

This is a neat little bonus. One recently featured branding project gets a stand-alone show every two weeks. It usually features designers who worked on the visual identity. Sometimes the client turns up, and it is very much a discussion about the process and outcome. It's not one to listen to when driving or walking the dog, though, as you will find yourself bringing up the article in question on screen so you can see everything as they talk about it.

Okay, calm down; you've made your point

And here ends the sales pitch.

Is Brand New worth 20 dollarydoos for you?

I have no idea; I don't know your life. But it is for me. It's consistently been a source of inspiration and education that has influenced how I've approached projects as Head of Branding & Design at The Yardstick Agency.

And the wild thing? Most designers I speak to regularly have never heard of it. Add it to your arsenal. Plunder it for inspiration. Stop doomscrolling and go outside. Easy peasy.

If you've found this post interesting, let me know in the comments below. What are your thoughts? Do you agree? Or do you disagree so matrimonially that you want to shoe me out of your wedding with a broom? Please don't do that.

For more review stuff, click here, and for Starting point stuff, click here. If you liked this piece, you'd probably be interested in this one about the best colour palette tool for designers, so go there next.

Remember to read old design resources - you’d be amazed at what you’ll find. I'll catch up with you in the next one.

A decade later: Was the London 2012 logo really that bad? 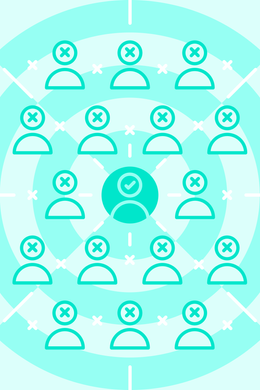